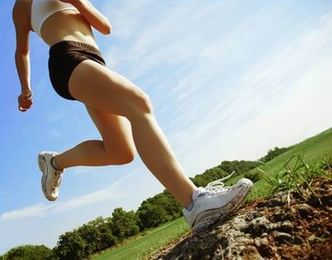 It's almost three in the morning, on a two-lane road east of Dalhart, Texas, and my mind starts to drift back to 1982 and the first official transcontinental bicycle race, called The Great American Bike Race. Four of the nation's leading ultramarathon racers at that time; John Marino, Lon Haldeman, Michael Shermer, and John Howard, all had their eyes and hearts set on a cross-country record in 10 or 11 days from Santa Monica, California to New York City's Empire State Building. To this day, I find it hard to comprehend what strange and elusive force drives these cyclists on to the usually lonely and uneventful finish line somewhere on the East Coast. Perhaps Pete Penseyres summarized it best when he commented on the nearly 3,000 miles of sleepless nights stress and pain, saying that "It feels so good when you're finished."

Those who follow the sport of ultramarathon cycling have witnessed each transcontinental race yield yet another record, which is immediately broken the following year by one of the members of this tightly knit brotherhood of racers. The goal is to establish an unbeatable record, by either a single or tandem bicycle. No one knows how to do it better than Pete Penseyres and Lon Haldeman. Twice, both men have won the Race Across America, and Pete currently holds the record of 8 days 9 hours on a single bicycle. Lon and Pete have individually raced across the United States more than 15 times in the past eight years.

Lon is 29 years old, 6'1" and weighs 190 lbs. He holds the double-trans-continental record of 24 days 2 hours, set in 1981. He and his wife, Susan, hold the current tandem record set in 1986. At 44 years old, Pete is the elder statesman for the group. He's 5'9" and weighs about 140 lbs. The original men's trancontinental tandem record of 10 days 21 hours was set in 1979 by Pete and three other riders. Two bicycles were ridden simultaneously, drafting each other, each taking their turn off the front, hoping to improve on the stamina factor by decreasing the wind drag on the rear bicycle. The four racers would usually get off the bikes at dark to sleep, a practice that is not used in modern ultramarathon racing.

OUT OF THE FOG

Lon and Pete unceremoniously left Huntington Beach, California, on May 9th at 6:05 a.m. Riding out through the fog, the caravan was soon in the grasp of the South Eastern California desert heat. The typical first days unfamiliarity with one another's riding style was dissolved by the previous months of intense training on the tandem bicycles. After the preliminary training, a goal was set to ride one day each week as if the team was actually riding for the 400-mile-per-day goal. The following week, another 400-mile-per-day was added to the training regimen, and so forth until the men could ride eight progressive 400 mile days.

Due to the upper body fatigue of the captain, the rider who is steering the bicycle, Raleigh Cycles of America fabricated two different bicycles, each weighing around 38 lbs., custom fitted so each racers could take his turn at the helm. The stoker is the name given to an individual who rides on the rear of the two seater. Both men exhibited extreme proficiency in riding the big machine down some incredible 60-plus plus mph descents, and up the deep rollers of Missouri and Maryland. On the first day, the captain would need to signal the stoker when to stand for a hill. However, by the morning of the third day, amazingly enough, the signal was non-existent. Each racer was in tune with the other to the extent that they would both stand at the same moment for any incline.